Doak Turner, Cliff Goldmacher, Anthony Ceseri are a songwriter's best friend.  They offer great tips and advice and below are just a few examples.  For more information, visit their websites and sign up for their newsletters.  Or follow them on Facebook and Twitter. 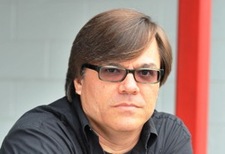 To see what former NSAI Chapter Coordinator-turned Nashville resident Doak Turner has been blogging about in the music industry, click HERE.  To check out Doak's website, "Nashville Muse," click HERE to see who is playing where in the Nashville Music Community.  If you're planning a trip to Music City, Doak's information is a big help.  This site also has articles, interviews and videos with pros in the biz.  On his website, "Music Starts Here," Doak has compiled 300 video interviews with pros in the music biz - songwriters, artists,  musicians, vocal coaches,  publishers, PROs, and others to help you on your songwriting journey.  Click HERE.

Five Career-Endangering Networking Mistakes...
And How To Avoid Them
by Cliff Goldmacher

One of the great mysteries in the music business is how to meet the decision makers who can help bring success to you and your songs.  However, the second greatest mystery is why – once in contact with one of these elusive industry people – so many songwriters throw common sense out the window and behave in ways that can only hurt their cause and, ultimately, their reputation in the eyes of the industry.  In my years as a professional songwriter and producer, I’ve been on both sides of the equation and so I’d like to, hopefully, help you refrain from some of these easily avoidable mistakes.

1. Losing Your Patience/Cool
If your plan is to be in the music business for more than just this week, then take a deep breath and know that, more than anything, patience is essential for a long and healthy career as a songwriter.  It’s not an exaggeration to say that you may have to wait many years before the networking seeds you’ve planted bear any fruit whatsoever.  Becoming impatient with someone – whether it’s a publisher for not returning your call or a record label exec for misplacing your submission – can only end badly for you.  I have a music industry friend who still talks about some of the threats, angry voicemails and poisoned pen letters he’s received over the years.

The problem is that by losing your cool, no matter how justified it may seem at the time, you’ve branded yourself as unprofessional in the eyes of that particular industry person. And, by the way, did I mention that music industry people meet for drinks after work and compare notes?  The last thing you want is for your name to be the topic of conversation at some music industry happy hour.  My recommendation would be to remember that no one in the industry is purposely avoiding you and your songs.  More likely,  they’re overwhelmed by submissions for a variety of projects and will get to yours in time.  The best way I know not to become impatient is to have as many irons in the fire as you can at any given moment so you’re not waiting for “that one thing” to come  through.

2. Submitting Too Many Songs
Let’s say you’ve had a really nice interaction with a publisher who has expressed interest in hearing some of your songs.  While I understand the temptation to send this individual every song you’ve ever written including a few that aren’t finished yet, restraint should be your default setting.  I’ll give you a scenario to explain why this is not a good idea even if you’re confident that all nineteen of the songs you’re sending are great songs.

Imagine the desk in a publisher’s office with every inch covered in CDs.  If a publisher is looking for the next CD to listen to and one CD has two songs on it and one CD has nineteen, which one do you think they’ll pick up? Believe me when I tell you that if a publisher likes what they hear, they’ll ask you for more but if you overwhelm them from the start, you might never get listened to at all.  Your best bet is two or maximum three songs on a CD or in separate emails (once you’re certain you’ve gotten permission to submit an mp3). My experience is that there’s no need to include lyric sheets, bio information or any photos.  It’s always better to start small and build up rather than the other way around.

3. Telling Someone You Have A Hit/You’re A Great Songwriter
I’m a big believer in the “talk softly and carry a big stick” approach when meeting with anyone in the industry.  The hallmark of a novice is informing the industry person you’re talking to that you’re a great songwriter and you’ve written a hit song if only it got a chance.  Even – especially – if it’s true, you’ll do more harm than good by coming on so strong.

This doesn’t mean you shouldn’t believe in your work or be quietly confident about what you’re doing.  It does mean, however, that the best way to approach anyone whom you’d like to have listen to your music with humility and an understanding that your music isn’t the only music in their world.  Saying something more along the lines of “I think I’ve got a song that’s appropriate for your artist” or “if you’re looking for songs, I’d like permission to send you a song or two” will go a long way towards establishing your professional bona fides.

4. Forgetting To Use Common Courtesy
This seemingly simple suggestion ends up roundly ignored at most music conferences.  If you find yourself with a private moment to chat with a publisher, A&R rep or music supervisor, why not start by asking them a few questions about themselves first.  The temptation to launch into a ten-minute, spoken-word bio seems to be too great to resist in a lot of cases but, often, this is the wrong time for unsolicited personal information.  Given that networking relationships – the healthy ones, that is – take time to develop, it would seem that your best bet would be to get to know a little bit about the person you’re talking to and, in time, they will want to know a little about you as well.

5. Not Following Up/Following Up Too Much
OK, so you’ve got the beginnings of a nice relationship with a publisher and they’ve asked you to send them some music.  If you send them a couple of songs – either by mail or email – and don’t put a note on your calendar a few weeks later to follow up, then you might as well have not sent anything at all.  What I mean is that without a brief, to-the-point  follow up email or even briefer voicemail, your music is likely to get lost at the bottom of a pile of submissions in that publisher’s office.

I can say with absolute certainty that several follow ups are the norm to confirm that your music has been received and listened to.  Now, the flip side of this coin is that you need to be judicious in the spacing of your follow up messages.  Following up every day for a week after you’ve sent your music will be more damaging to your reputation than not following up at all.  You’re walking the fine line between professionally following through on your delivery and being a nuisance.  The key is a quick, polite follow up every couple of weeks and not getting discouraged if it takes three or four attempts. And, by the way, sometimes you don’t get a response at all.  It’s ok to write off a submission after you’ve given it sufficient time. There are plenty of opportunities out there and there’s no point in getting discouraged by one that doesn’t come through.

About Cliff
Cliff Goldmacher is a songwriter, producer, session musician, engineer, author and owner of recording studios in Nashville, TN and Sonoma, CA. Cliff’s site, http://www.EducatedSongwriter.com, is full of resources for the aspiring songwriter including a brand new video series available at the link below.
http://www.EducatedSongwriter.com/video-podcast-series

Cliff’s company, http://www.NashvilleStudioLive.com, provides songwriters outside of Nashville with virtual access to Nashville’s best session musicians and singers for their songwriting demos.
You can download a FREE sample of Cliff’s eBook “The Songwriter’s Guide To Recording Professional Demos” by going to http://www.EducatedSongwriter.com/ebook.
This article was posted with written permission from the author.
Cliff Goldmacher also writes articles for BMI and is a frequent mentor and panelist at the Annual Taxi Road Rally in November.
Go to www.BMI.com to read more or visit Cliff's websites listed above.

Do You Know Why a Strong Opening Line is Important When Writing Lyrics?
By Anthony Ceseri

Having a strong opening line is an important gateway into your lyrics. A great lyrical introduction is an excellent way to get your listeners interested in your story right away. Plus, if it’s a snoozer, you run the risk of losing them. People have really short attention spans these days, so effectively grabbing their attention early is crucial.

Having said that, I better get to my point… and make it quick! I recently revisited a great example of a strong opening line in the song “Round Here” by Counting Crows. The first line of the song says:

Step out the front door like a ghost into a fog,
Where no one notices the contrast of white on white

This is a great intro for a few reasons. The first is it’s really visual. Any time you engage the senses, you’re probably doing a good job of inviting people into your story. This line does that by engaging your sense of sight. It’s easy to picture a ghost and a fog as described here. Immediately, we set a stage of what this lyric will look like in our heads. And it’s effective.

It’s even fun to try and visualize the slight contrast that might actually be there between what we envision a ghost to look like and a thick fog.

In addition to that, this is a fantastic simile. There’s a comparison being made between someone who feels they just aren’t being noticed by the world, and a ghost in a fog. The element that ties these two thoughts together to make it an effective simile, is the idea that no one can see this person. It works very well.

This opening line is also very intriguing. After hearing it, I already want to know more because it’s so interesting. Had the first line had the same idea, but been said more simplistically and generically, I wouldn’t care as much. What if the song had opened with a line like this:

Eh. Suddenly I just don’t care as much anymore. I mean, it’s basically saying the same thing as the real first line, but in a bland, non-descriptive and generic way. Maybe I’d listen carefully to the rest of the lyrics. But maybe I wouldn’t. The “ghost into a fog line” is infinitely stronger and makes me want to stick around for more.

You can see how putting a really strong line up front is a great way to get your listeners excited about your story right off the bat. Granted, you want to keep them interested as your story continues along, but that first line can be crucial to getting their attention. Good imagery with a strong simile or metaphor, like we saw in the opening line of “Round Here,” is an awesome way to get your song rolling.
This article was posted with written permission from the author.
For more useful songwriting information or to sign up for Anthony's free newsletter,
visit: http://successforyoursongs.com/freeoffer/