ABOUT STEVE COLLOM: Steve Collom is an Australian singer-songwriter, composer and multi-instrumentalist. Known for his emotive voice, heartfelt songs, and expressive guitar playing, Steve is also an expert producer and mixer.

After three world tours and many albums, Steve's music has been heard by over 18 million people worldwide and is played on 100 different TV stations in 20 countries. Now coach and mentor to hundreds of music creators, Steve is excited to share his proven understanding of making music for both artist and sync worlds.

Steve’s music has been featured in many well-known shows, including The Big Bang Theory, The Young and the Restless, Nashville, Access Hollywood, The Fosters, Law and Order, Styled to Rock, Giuliana and Bill, and theatre release Daisy Winter, and with many leading brands, including Subway, HONDA, AAA, Circle K, Nationwide, ABC, NBC, CBS, TLC, HBO, MTV NBC, University of Phoenix, and E Network.

“I live and breathe music from the moment I wake up to the moment I go to sleep and am so blessed and fortunate to do this full-time. After 1000s of placements and countless lessons learned on my journey, I truly have a passion for sharing my knowledge of what it takes, and how easy it really is to be successful in this industry.”—Steve Collom, 2021.

Ben McLane, Esq., is an entertainment attorney veteran focusing primarily on music,
with many gold/platinum albums and Billboard Tip 10 and #1 chart hits to his credit for his work
in conjunction with musical artists/projects in various genres over the years.
He has also been involved in artist management, talent scouting, promotions,
and record label operations in the entertainment field.

Ben has been a music business instructor at Musician's Institute and
Los Angeles College of Music, a speaker at numerous prestigious
music conferences such as SXSW and the NAMM Show,
and is the author of hundreds of entertainment business articles
that have been published in various books, magazines, and blogs.
He is the author of the book "The Deal: Music Business in 10 Easy Lessons.

Ben McLane is a 1991 graduate of Pepperdine Law School, lives and works
with his wife and law partner, Venice Wong,
and his actress/fashion designer daughter, Tatiana McLane,
in the Los Angeles area.

More about Ben McLane and his law firm HERE​

CONGRATULATIONS TO THE
SONG CONTEST WINNERS:

2nd Place: Leah Keane
Song "You Don't Have To Hide" 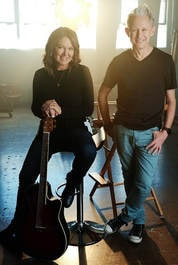 Attendees played their original
Holiday Songs, Songs, and Instrumentals from 2020

A big "Thank You" to everyone who entered.
All of the songs were amazing. 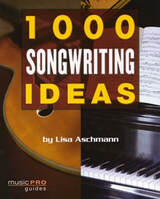 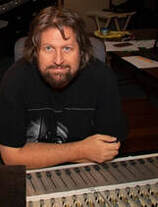 Ronan Chris Murphy is a multi-genre record producer and engineer who works around the world. His diverse album credits include Gwar, King Crimson (several albums), Terry Bozzio, Steve Morse, Ulver, Pete Teo, Jamie Walters, and hundreds more. His video game credits include Assassin’s Creed Brotherhood, Yoku’s Island Express, and Mafia III. He recently mastered the score album for Jordan Peele’s Oscar-winning film “Get Out.” He works in studios around the world as well as his own studio, Veneto West, just outside of Los Angeles. Ronan also pioneered many concepts in alternative recording education with his recording business, Recording Boot Camp, which offers workshops and consulting around the globe, and he created the world's first audio blog/podcast with Ronan’s Recording Show. In addition to his working in music, Ronan is a passionate, award-winning photographer whose work has been featured in several magazines.

Liz Redwing has worked in and around the music and entertainment business for 35 years.  After learning piano, clarinet and bass as a child, and playing in stage, concert, and marching bands for 10 years, Liz moved to L.A. to pursue a career in the music business. Her first stint was at the now-defunct MCA Records, in the distribution and legal departments. Positions followed in personal management, business management, at law firms, and in video production, but her most rewarding position was at Interscope Music as a music publisher (Ron Sexsmith, Tupac, Matthew Wilder, Possum Dixon, No Doubt, etc.) Liz currently manages producer-mixer-mastering engineer Ronan Chris Murphy and consults for indie artists. Liz is the administrative director of the Los Angeles/National Chapter of the AIMP (Association of Independent Music Publishers). The AIMP also has chapters in New York and Nashville, and songwriters and composers are welcome to join and attend monthly meetings and online events. This organization includes indie, mid-sized, and major publishing company members.

Ronan and Liz organize the annual Pine Mountain Club Songwriters Festival (PMC SongFest) in the fall. This small, friendly songwriter's retreat takes place in September in the Los Padres National Forest in Kern County, about an hour northwest of Los Angeles. The festival features live concerts with attendees and hit songwriters, workshops, and panels with music industry professionals, and is expected to resume in 2021. 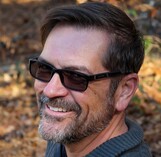 Raymy Krumrei is an award-winning singer-songwriter who writes in multiple genres.
His songwriting journey started when he was 10, after his mother ceremoniously
presented him with all her original Beatles LPs.

As a piano player, he studied Carole King and Billy Joel, among others.
He received his Bachelor of Music degree from
Cal State University Northridge in Los Angeles.
He co-wrote the title track for Smooth Jazz artist Mark Johnson’s “Daydream,”
and he executive produced Paul Hardcastle’s greatest hits album, “Cover to Cover.”

Raymy was a finalist on "Gospel Dream," a nationally televised singing competition.
He worked as a demo and background vocalist,
and received the L.A. Music Award for “Best Male Vocalist.”
Raymy and his co-writer Andrew Morrison secured a Nashville publishing deal.
Raymy has also won several songwriting competitions,
including the Great American Song Contest, John Lennon Songwriting Contest,
and recently his song he co-wrote with Warren Sellers, “A Daughter,”
won “Best Song” at the Hawaii Songwriter's Festival.

For the past several years, he has been the worship leader at
Trinity Community Church in Lancaster (North of L.A.) and he
teaches songwriting at Antelope Valley College (click HERE to register).
For more information about Raymy and his online songwriting class, click HERE

Gloria Sklerov is an award-winning producer and hit songwriter.
She has won two Emmy Awards (and is a five-time nominee) for songs featured
as wedding themes on "The Guiding Light" and "Another World"
and is a recipient of numerous BMI and ASCAP Awards.

In addition to seven #1 international hits and fifteen chart records in the United States,
her songs have been performed worldwide in motion pictures and on television
and have been recorded by such superstars as
Frank Sinatra, Dionne Warwick, Peggy Lee, Jeffrey Osborne,
Glen Campbell, Kenny Rogers, and many others.

Anne Murray’s release of Gloria’s song, "I Just Fall In Love Again" was
recognized as Billboard’s #1 Country Song of The Year, adding to the long list of her successes.
The song has become a favorite wedding standard.
Her work has been consistently used for character themes and featured performances in
wedding scenes in various soap operas, giving her music a
widely-based audience of fans and followers among daytime television viewers.

Gloria is a member of the prestigious BMI's "Millionaire's" club, and has received
many BMI and ASCAP Awards for radio airplay of over one million ‘plays’ per song.
In addition, she has had over 50 million record sales of her songs.
She is a gold medal winner of the Tokyo Song Festival, and
winner of the Amnesty International Song Contest for the world.
In 2013, she was awarded the Cannes Gold Medal for
"Carlton Draught Beer Chase commercial, “Thunder in Your Heart.”
Gloria was also a songwriting instructor at
UCLA Recording Arts and Sciences Department and at the USC School of Music. 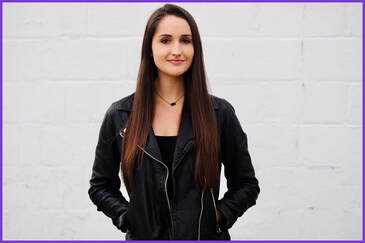 We had record attendance at this meeting!​
Roxy King gave helpful feedback on 29 songs.
After the meeting, Roxy reached out to hear three songs for further review.

​The songwriters whose songs were picked up are:
"Move Mountains" by Christine Parker (with co-writer Christina Meyer)
"You're Still Here" by Andie Mackenzie (2nd time attending an NSAI San Diego meeting)
"The Way" by Leah Keane (1st time attending an NSAI San Diego meeting)
Congratulations to Christine, Andie, and Leah!
Emmy Award winner and Hit Songwriter Gloria Sklerov (cuts with Frank Sinatra, Kenny Rogers, Dionne Warwick,
and co-writer of "I Just Fall In Love Again" for Anne Murray, The Carpenters, and Dusty Springfield)
even popped in and surprised us at the meeting. Gloria has songs signed with Concord.
​
Roxy King is currently a member of the Creative/A&R team at Concord Music Publishing in Nashville. In her role there, she is responsible for setting up co-writing sessions, pitching songs for artist placement, catalog management and building/strengthening the Concord presence in the Nashville music community. Growing up, she was constantly singing, playing guitar and writing music.

​After a weekend trip down to Nashville two years ago, she realized the unparalleled strength of the songwriting/publishing community there and knew it was where she needed to be. Roxy's passion for music and the creative process is reflected in her dedication to songwriters and her desire to provide opportunities and elevate their careers.

The Coronavirus Aid, Relief, and Economic Security (CARES) Act includes $2 trillion
in federal aid and adjustments to critical health and economic security programs
to address the impacts of the COVID-19 pandemic.
​
NSAI, along with many other music organizations (SONA, SCL, BMI, ASCAP, SESAC,
ACM, CMA, to name a few) have generously contributed and
​worked tirelessly with legislators to get funds.
For CARES ACT information on the NSAI HQ Website, CLICK HERE
​
If you are a musician, composer, songwriter, or a person who works
in the music industry who has been affected by COVID-19,
find more information and applications forms on the
​MUSIC COVID RELIEF WEBSITE HERE

RISE up with NSAI's new Remote Interactive Songwriting Education program!
Co-writing Challenges, Advice from Hit Songwriters, Publisher Pitches, and more.
This six-week virtual course will help you navigate your songwriting ambitions,
discover new methods to dive into the craft, and connect with fellow songwriters
and industry professionals online.
There is an exclusive course for those teens 17 & under.
The RISE series have been selling out, so register soon.
For more information and to register click HERE
JOIN NSAI NOW!
© 2012-2021 All material is copyrighted and is original or was used with permission. All rights reserved.